The north Londoners have been active early on in the window having brought in six new signings to date in Ivan Perisic, Yves Bissouma, Richarlison, Fraser Forster, Clement Lenglet and Djed Spence while talented Udinese left-back Destiny Udogie is expected to complete his switch next week (Gianluca Di Marzio)

Tottenham are said to be keen on Roma’s Nicolo Zaniolo, however, it has emerged that a deal for the talented midfielder could be complicated with Jose Mourinho not keen on parting ways with the Italian international (Evening Standard).

Alasdair Gold has suggested Spurs will make a late move for the player if there is an opportunity to bring him to north London.  The 19-year-old Ukrainian played 23 times for Dynamo Kyiv last season. (transfermarkt)

Gold said on his YouTube channel: “I think the key with Spurs, it’s about the opportunities.”

“I’ve said before Ilya Zabarnyi, the young Ukrainian centre-back is a player that they really like, and he’s someone they’ll go back to if the window of opportunity is there for him.”

Zabarnyi is rated quite highly and the fact that he is still very young means that he has plenty of time to develop. He is not expected to cost the Lilywhites much and could be a very shrewd acquisition.

Fabio Paratici during his time as our sporting director has shown that he has an eye for young talents and Zabarnyi might be the next player on his shortlist to bring to  Hotspur Way. 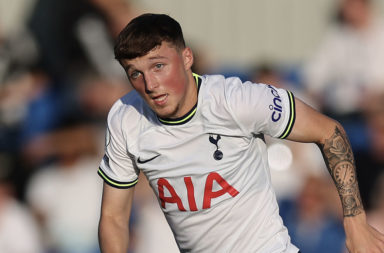