Paul Merson shared his view on who he believes will finish highest in the Premier League next season between his former club Arsenal and north London rivals Tottenham Hotspur.

Arsenal capitulated at the end of last season when they could have secured Champions League qualification with victory over Spurs at the Tottenham Hotspur Stadium only to suffer back-to-back defeats to the lilywhites and Newcastle United to see Antonio Conte’s side take fourth from under their noses.

The former Gunners midfielder believes that Mikel Arteta’s men will not make the same mistake again during the upcoming campaign, citing Tottenham’s involvement in the Champions League as a potential drawback, given the demands of juggling midweek fixtures together with their Premier League schedule while Arsenal’s qualification for the lesser Europa League will not cause the same headaches.

Merson told SportsKeeda: “I’ll put Manchester United in the reckoning for a place in the top four because they are a massive club, but they haven’t done enough business at this point in time to stand a chance of securing UEFA Champions League football, so it should be between Tottenham Hotspur and Arsenal.

“If I had to pick one of the two north London side, I’ll have to go with Arsenal. Tottenham’s participation in the UEFA Champions League this season could be an issue for them, as they’ll have a bunch of tough mid-week games to cater to in between their Premier League commitments. They don’t really have a big squad, which could make all the difference. Arsenal, on the other hand, should be able to manage their domestic commitments as the UEFA Europa League isn’t that high in terms of quality, at least in comparison to the Champions League.”

Tottenham have been busy in adding new faces to their squad during the summer transfer window to give Antonio Conte more depth to his ranks to help cope with his attempt to try and compete on multiple fronts durin the season ahead.

The Italian has made it clear that he is not satisfied for Spurs to purely make up the numbers and settle for fourth place, Tottenham have brought in some shrewd signings with the likes of Yves Bissouma and Ivan Perisic and should expect to finish above Arsenal once again. 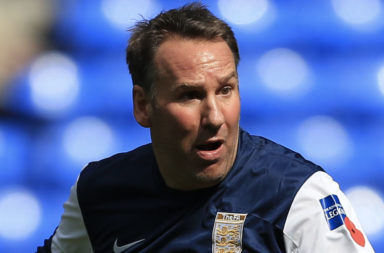