Report: Player's representatives believed he would join Arsenal before Spurs made late move

Dejan Kulusevski’s representatives were of the belief that the Swedish international would be making the move to Arsenal right up to the final hours before north London rivals stole in to secure his signature, according to The Athletic.

Tottenham secured the services of Kulusevski from Juventus on transfer deadline day in January on loan until the 30th of June 2023 which saw Spurs pay a €10 million (£8.3million) fee.  €3 million (£2.5 million) of which was for last season, and a further €7 million (£5.8milion) for the current campaign.

The north Londoners also have the option to make the deal permanent for €35 million (£29.2million), which is payable in five year period.

The Gunners kept tabs on the Swedish international to add him to their ranks but eventually lost out on his services to their bitter rivals. What makes Spurs’ hijack even more impressive is how Kulusevski’s representatives also believed that a move to Emirates would have been the likely outcome.

In fact, the 22-year-old’s entourage maintained that belief even in late January before Antonio Conte’s wide came in and stole a march on their north London rivals on Deadline Day. Tottenham decided to go down this route after they failed to sign Luis Diaz (Goal), who ended up securing a move to Liverpool.

With the help of hindsight, one could now say that this outcome turned out to be in our best interests. After all, Kulusevski played a major role in our successful triumph in achieving Champions League qualification. Doubts can even be raised on whether we could have achieved that result without his presence.

That is because Kulusevski’s five goals and eight assists from 18 Premier League matches (Transfermarkt) in the previous campaign had lent a hand in our top four finish in the league table. Mikel Arteta’s side signing him would have been a damning blow indeed, as their drop in form at the tail end of the season was down to the lack of backup options.

Injuries and lack of depth plagued Arteta during that period, and Kulusevski could have helped them negate those issues to an extent. Fortunately, we were the ones who signed him in the end, which has resulted in one of the best front threes we have ever seen at N17.

After all, Kulusevski has instantly found great chemistry with Harry Kane and Son Heung-Min, which could be the start of something big moving forward. Conte also assisted in creating this partnership as the former Parma man had a difficult time in Turin before the boss helped him finally achieve his full potential. 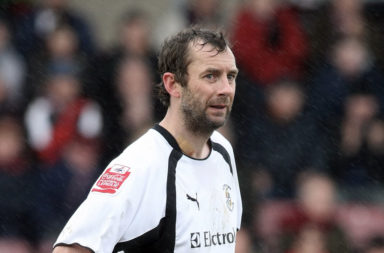