Former Arsenal striker Ian Wright has admitted his surprise that there were not more teams looking to sign Yves Bissouma this summer.

The midfielder moved to Tottenham Hotspur in June from Brighton and Hove Albion for a fee in excess of £25million, with the 25-year-old’s contract on the south coast having been set to expire at the end of the current campaign (The Athletic).

The Mali international was the subject of interest from Aston Villa in the January transfer window, only for a move to fail to materialise.

Wright believes Spurs have made an ‘unbelievable signing’ in luring the midfielder to north London where he is vying for a place in Antonio Conte’s side along with Oliver Skipp, Rodrigo Bentancur and Pierre-Emile Hojbjerg.

Bissouma made his competitive debut for Tottenham last weekend, having come off the bench during the second half of the 4-1 win against Southampton on the back of suffering a hamstring issue the week prior in the match against AS Roma in Israel (Football.London).

Wright said on the Ringer FC podcast: “When you see Bissouma moving on, I was surprised that he didn’t have more people in for him, to be honest, for Bissouma, for whatever reason.

“I think Tottenham have made an unbelievable signing there.”

Bissouma will be one of the signings of the Premier League season once he is able to get going.  He has had an unfortunate start to his career at Tottenham where he contracted Covid during the tour of South Korea which saw him miss both matches and was not fully fit for the Saints match due to his hamstring strain.

Once fully fit, the other midfielders at the club will certainly have a fight on their hands to keep him out of the team given his all-around ability not only with defensive matters but also how he can contribute when going forward.

Wright is correct to question the lack of other interested clubs, but this was clearly to Tottenham’s benefit to land him for a relative bargain fee by Premier League standards. 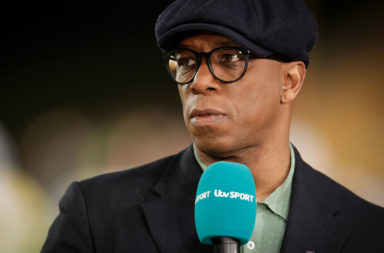