When asked about the future of Bryan Gil, Spurs head coach Antonio Conte has made it very clear that if a player departs the current squad before the window closes, it will happen only if a replacement is found.

Tottenham beat Wolves 1-0 in the Premier League yesterday thanks to a solitary goal from Harry Kane. Bryan Gil who was a part of the squad was left on the bench for the third time in a row this season.

Earlier this week, Sky Sports claimed that Gil had impressed Antonio Conte in training and could remain at Tottenham for the time being. However, Sport Italia journalist Gianluigi Longari reported that Valencia had made ‘new contacts’ with the north Londoners over a deal for the Spanish international.

The Times  claimed on Friday that Gil is now ‘close’ to sealing a switch to the La Liga outfit, while Fabrizio Romano also indicated that talks were ongoing between Spurs and Valencia.

“This squad is this and if someone goes away then another has to come. This has to be very clear for everybody. Otherwise we stay with this squad and we continue our path with these players, this squad.”

As things stand, it looks like Gil is set to stay at Hotspur Way, even if it comes at the cost of regular game time. Conte seems rigid on the number of options he wants in his squad and if the Spaniard leaves, the Italian is likely to demand a replacement.

Gil has not really succeeded in the Premier League. He has struggled to adapt to English football but he is still very young. Conte named Gil his sixth attacking option in a pre-match press conference. I still think he could leave on loan, but only if Conte gets his replacement. 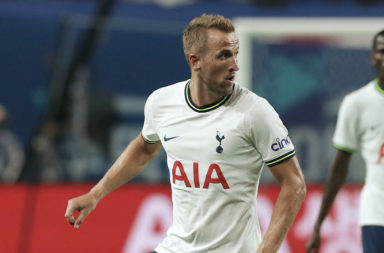 Report: Spurs are expected to bring in attacker with player close to exit

Report: Spurs ‘block’ exit of Fabio Paratici signing until a replacement is found