Tottenham striker Harry Kane believes Antonio Conte has improved the side since the latter stages of last season with his team having a change of mentality.

Spurs  continued their unbeaten start to the new campaign on Saturday having beaten Wolves 1-0 which has left them with seven points and fourth place in the Premier League table.

Kane has started the season on a positive note netting two important goals to secure his side a late point at Chelsea and all three points at the weekend with a second half header.

“We’ve definitely made improvements since March-April time,” he told Football.London.

“We’ve definitely strengthened. The mentality was starting to change towards the back end of last year. To get into the Champions League in the way we did and performing in high-pressure situations at the end of the season was really important, and of course we’ve added to the squad, we’ve got better, we’ve improved, we’ve had a good pre-season with the manager.”

“He demands a lot from us on the pitch, off the pitch, (with the) mentality. Also it’s still really early on in the season so time will tell, but we’re in a good place. We know we need to improve, especially the last two first halves against Chelsea and against Wolves, we need to do better, but I think as the season goes on we’ll get stronger and stronger.”

“I think in certain situations you have to be clever, you have to be smart, you have to dig deep as a team and grind it out in moments, as we did [against Wolves]. It wasn’t pretty, especially in that first half, but we also dug deep and stuck together,” he added.

“We’re just building a good squad, players who have the passion and desire to win every moment, every game.”

“That’s what creates a good environment. You see it in training, you see the competition for places and everyone ready to go at it and try to impress the manager. That’s really important.”

There is absolutely no doubt that Spurs have improved immensely ever since Conte took over at Spurs. He has brought about a shift in mentality that we have not seen since the Pochettino days.

It is clear to see that the players fully believe and have adopted the never say die attitude of their manager which was clear in the final minutes at Stamford Bridge. 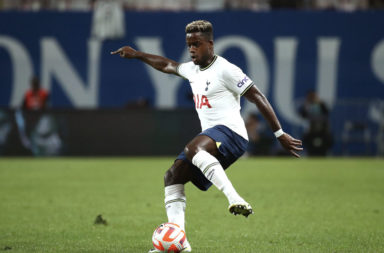 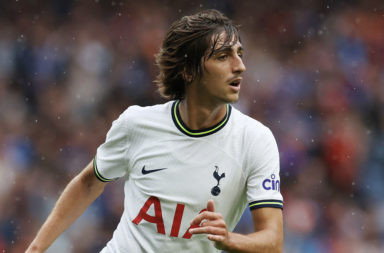