AC Milan are planning to increse their efforts to attempt to sign Tottenham Hotspur youngster Pape Matar Sarr before the end of the transfer window, according to Gazzetta dello Sport.

Matar Sarr had played Antonio Conte’s pre-season preparations, but he was not in the squad for the Premier League opener against Southampton on Saturday.

The Senegalese international has been on Milan’s radar for quite a while, having been viewed as one of their main targets to bolster the midfield and have now decided to step up talks after Sandro Tonali was injured during a pre-season friendly against Vicenza.

Spurs are already looking to offload a number of midfielders on a permanent basis including the likes of Giovani Lo Celso, Tanguy Ndombele, and Harry Winks, while Matar Sarr is not deemed to be in the same category, with a loan deal expected instead. (Football.London).

The Rossoneri have alternatives such as FC Midtjylland’s Raphael Onyedika and Bordeaux ace Jean Onana, with Matar Sarr considered their number one target.

Matar Sarr is regarded as someone who could become a future superstar if he is provided with the right support. Fabio Paratici shares a similar viewpoint (Tuttosport – 04/08/22), so it is difficult to see us part ways with the 19-year-old permanently unless an irrefutable bid is placed on the table.

Stefano Pioli’s team are only interested in taking the Spurs starlet away on an initial loan move if an optional clause to buy him is included in the deal. It would have been in our best interests if the Serie A outfit was open to accepting a temporary transfer for the young midfielder.

After all, a move to San Siro could have perhaps given the Tottenham star enough game time, especially with Tonali’s injury, which is needed to help him continue his progression. That may not be possible at N17, which is evident from his recent exclusion from the squad despite Oliver Skipp being out with an injury.

With just two midfield spots to fight for, it would be best if we let Matar Sarr leave on a straight loan deal elsewhere. However, whether the Italian giants would be ready to entertain such a proposal or not remains to be seen in the remaining days of this summer transfer window. 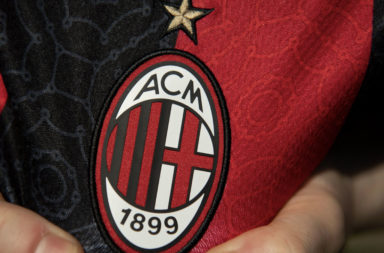