West Ham United striker Michail Antonio has claimed that Tottenham Hotspur are going to surprise quite a lot of people in the upcoming campaign.

Tottenham have been active in the summer transfer window so far, having backed Antonio Conte with six new additions. The likes of Fraser Forster, Ivan Perisic, Yves Bissouma, Richarlison, Clement Lenglet and Djed Spence have all moved to north London as part of the squad overhaul.

Spurs have also been busy facilitating departures as part of the rebuild. Pierluigi Gollini, Cameron Carter-Vickers, Jack Clarke, Steven Bergwijn and Joe Rodon have all left the club this summer. Others like Harry Winks. Giovani Lo Celso, Tanguy Ndombele, and Sergio Reguilon could follow suit, having been deemed dispensable (Football.London).

Antonio believes the north London club is well-equipped to surprise people with the signings they have made so far. The 32-year-old added how Conte now has a team that suits his methods and pointed out how their attack, in particular, could have a genuine say in them achieving success moving forward.

Speaking on the Footballer’s Football Podcast, Antonio said: “Spurs, the signings they’ve made with Conte, they’re solid, that’s what he does with his teams they’re solid teams. He knows his shape, he knows how he plays, he has his routine. It’s more the signings and the players going forward.”

“If Kane dips they have Son, if Son dips they have Kane and Richarlison, Kulusevski on the right. Going forward they’re looking frightening. I feel like they’re going to surprise people, especially off the end of last season where they picked up so well under Conte.”

West Ham have been trying to break the dominance of the “Big 6” clubs, and they have done a great job so far under David Moyes. They have made several signings in this transfer window, with players like Gianluca Scamacca, Nayef Aguerd, Flynn Downes and Alphonse Areola joining their squad.

In such a case, Antonio’s admission is something to consider as the Jamaican is openly backing his direct rival to do good next season. That acts against their interest, so his words hold some serious weight after all. At the same time, it also brings some pressure, which is something Conte would probably not want at this point.

It looks like we have no intention to close our business for this window with just six signings. There are talks about bringing in a creative midfielder, with another defender possibly being on the cards as well (Evening Standard). That would certainly make sense as it would fill all the gaps in our team.

At the same time, there could be some more exits as well, with Japhet Tanganga being linked with a move to Inter Milan and AC Milan (CalcioMercatoWeb). Emerson Royal could also leave (The Express) as we already have Doherty and Spence as options in the right wing-back position. 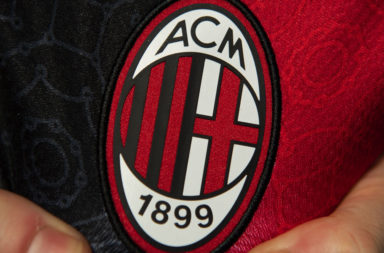